“A huge waste of human resources”, said FLC CGIL has defined the dispersion of Research grants trained by Italian universities. Over the past decade the universities of our house have formed about 65 thousand, but only one in ten was then actually hired. For others, after years of studies or to continue to hold classes, which expired on their fixed-term contract, they closed the doors of academia. For less than the national one, because often the brains that we have not been able to exploit are gone abroad.

Only slightly less than 7 percent of Italian researchers precarious dream inclusion in a permanent established member of a university becomes a reality, while 93 percent remains a mirage. A report given was one study commissioned by the FLC CGIL and presented to wisdom. The survey found also in the decade 2003-2013 has grown dramatically by the use of fixed-term contracts to universities, to those in the project, the research grants and scholarships to post-doc, which rose from 18 thousand to 31 thousand . 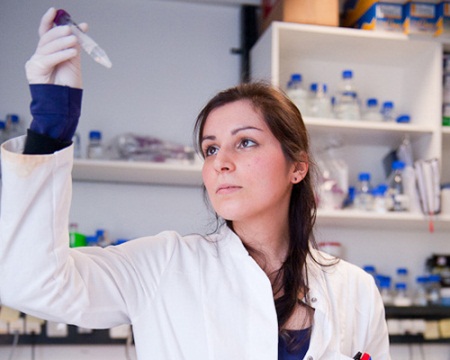 To determine this situation are several factors, one of which is certainly the block of the turn over that plagues the system for years and prevents the absorption of new forces. But the doubling of the number of temporary researchers can probably be explained better by reducing the funds available to the universities, which does not create stable positions except for a small number of them. So, for nine out of ten casual research, at the end of the contract the university closes its doors.

But who are these 65 thousand scholars in 2003-2013 helped to run our universities? The FLC CGIL research shows that just over half of the cases are women (57 percent), with an age of about 35 years and childless. For them, the average is six contracts to fixed-term earnings, but there are also those who had thirty.

According to what they themselves have said in the survey, nearly all the type of grading affects negatively the work . This is also why 60 percent of graduate students surveyed said they would consider a move abroad likely to continue their academic experience. Moreover, remaining in Italian researchers who are expelled from the system are almost always university to carry out works in which the skills acquired are not used, thwarting their efforts. All with a huge waste of highly skilled human capital.

Cambridge: “Some patients in a persistent vegetative state are conscious and able to pay attention”