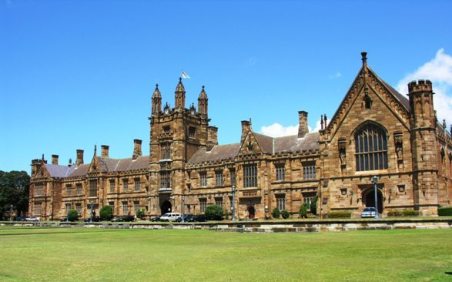 It is a member of the prestigious Group of Eight universities, key education and research and is often considered among the most important in Australia and Asia Pacific, for its wide variety of courses and the large number of issues that develop.

More than 47,000 students, including over 9,000 international students from over 120 countries currently studying at The University of Sydney.The University of Sydney has formal links with many of the world’s leading universities. The global network of partner institutions covers research collaboration, joint teaching projects and exchanges of staff and students in 37 countries in Europe, North America and Asia.

The main campus is conveniently located. There is a major train station just 10 minutes walk and several bus stops near almost all faculties. It is also very near the center of the city and many urban centers where students live or do social activities.The University also has a great sporting history and has won more major competitions than any other university sports club. Apart from sports clubs, the university has over 200 clubs and societies that students can use to pursue their own interests. There are clubs and societies that focus on politics, the arts, religion, hobbies, departments and faculties, among others.